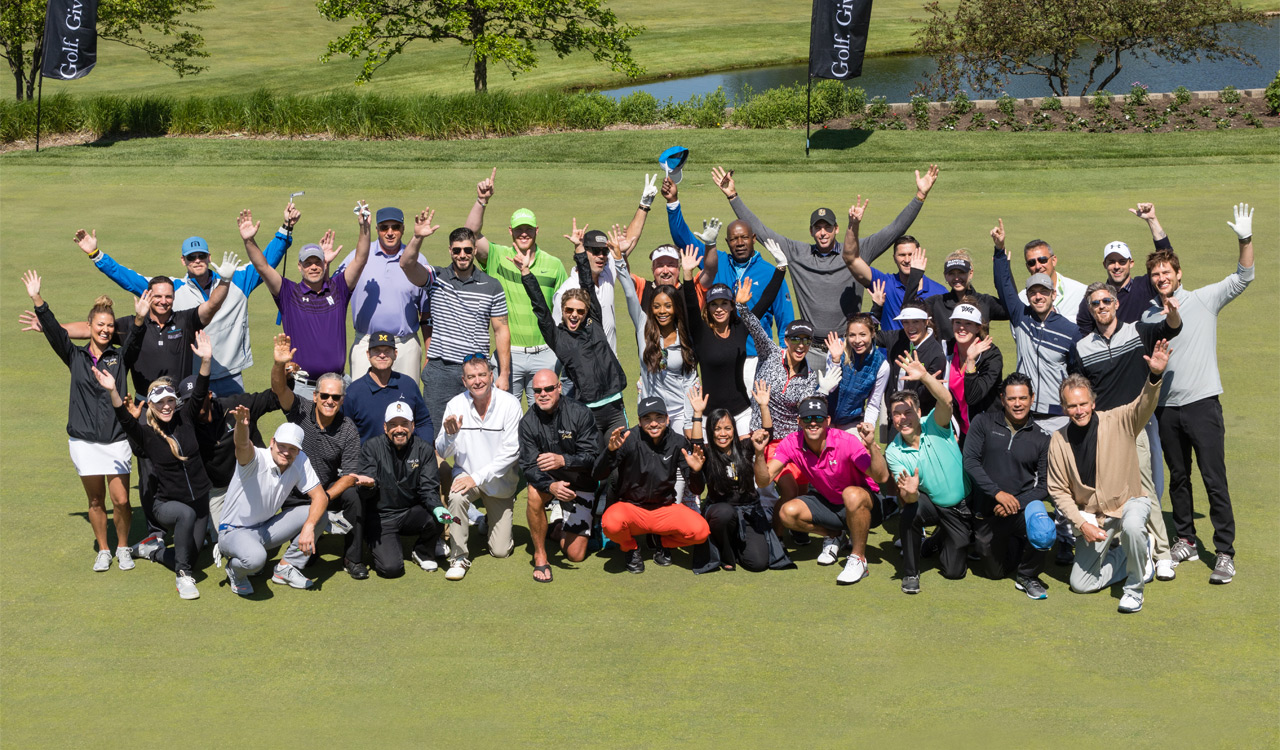 Jason Day, among the world’s best PGA golfers, and Michael Phelps, world’s most decorated Olympian, joined forces in historic Saint Charles, Illinois to host the Golf.Give.Gala on May 21-22, 2017. A star-studded gala, silent and live auction was held in the historic Hotel Baker, along the Fox River, in charming downtown Saint Charles, with a concert to follow at Chicago’s treasured Arcada Theatre. The Celebrity golf outing was held at the legendary Saint Charles Country Club, a premier private 18-hole course, founded in 1924.

Proceeds from the event will go directly to benefit the Jason Day’s The Brighter Days Foundation and the Michael Phelps Foundation.

“Golf.Give.Gala is bringing together some of the most celebrated sports heroes, celebrities and golf enthusiasts in one place. We are honored that so many people have committed to making this event a success for our Foundations,” Jason and Ellie Day remarked.

“Hosting this event together just made sense,” says Michael Phelps. “Our ability to collectively raise funds for both organizations makes this so much more special.”

The Michael Phelps Foundation is focused on growing the sport of swimming and promoting healthy and active lives, especially for children. Founded in 2008, the Foundation has provided their learn to swim, healthy eating and goal setting curriculum to over 16,000 people around the world by partnering with the Special Olympics and Boys & Girls Club of America. They also support the Level Field Fund – Swimming, because opportunities to pursue excellence in sport should not be limited by an athlete’s financial situation. www.michaelphelpsfoundation.org

ALE Solutions is the nation’s largest provider of temporary housing to families displaced by natural disaster. The company is celebrating its 16th anniversary and is opening a new 40,000 foot facility in Saint Charles, Illinois. ALE Solutions is the Title Sponsor and host of the Golf.Give.Gala. www.alesolutions.com