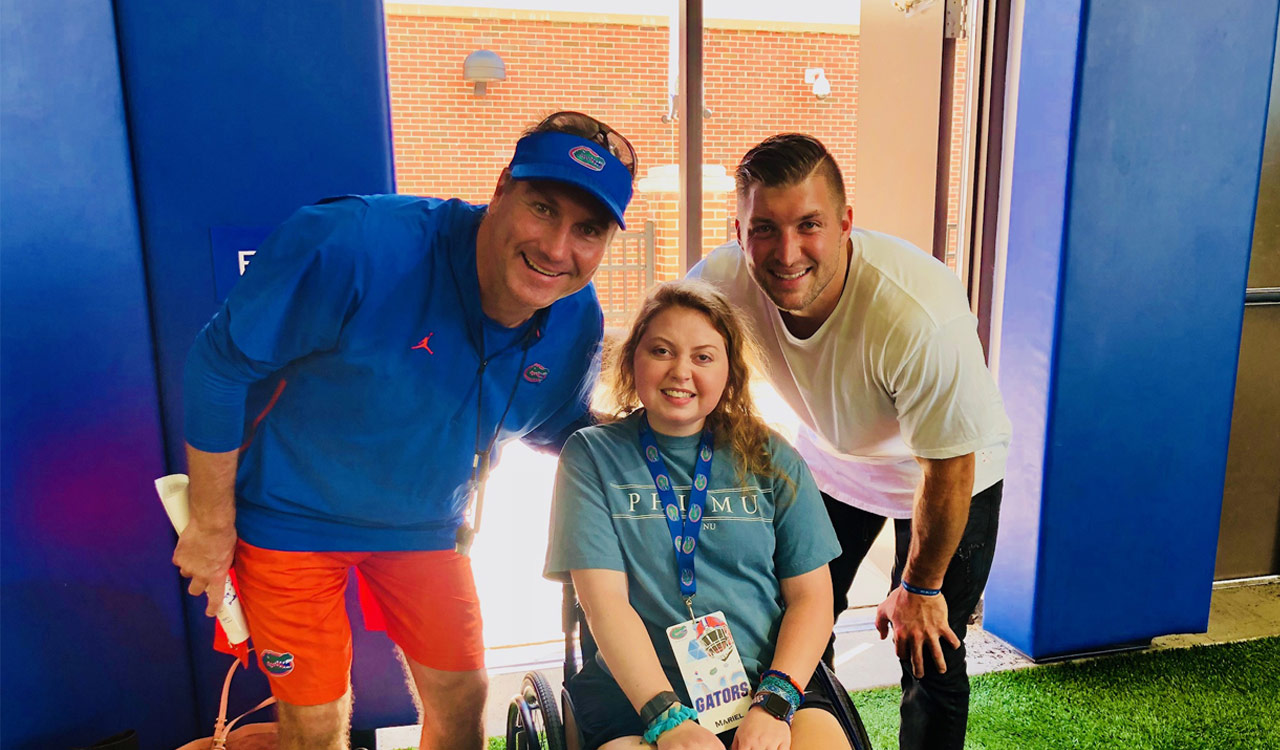 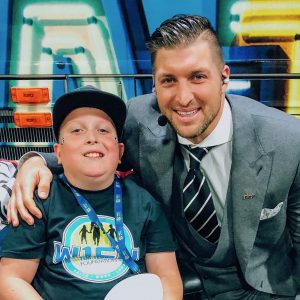 Hayes Hutto was diagnosed with Cerebral Palsy in 2009 but continues to live by the motto “Be A Champ!” and clings to the verse Philippians 4:13.  An avid and knowledgeable football fan, 10-year-old Hayes was excited to experience Atlanta, Georgia for the SEC Championship – Alabama vs. Georgia. Hayes, with his parents and brothers, enjoyed some of the best things Atlanta has to offer. The weekend began on Thursday night at Ruth’s Chris for a private dinner with Tim, where Hayes impressed him with his knowledge about football and predictions for the Championship. 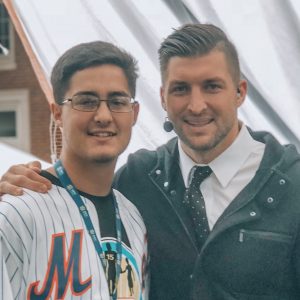 Derrick Fontenot was diagnosed with Acute Lymphoblastic Leukemia in December of 2017. After going through chemotherapy and after much prayer, Derrick decided to forego radiation and instead pursue an alternative therapy. On October 31, Derrick’s scans revealed that he is cancer free! 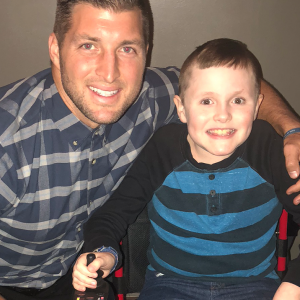 9-year old Matthan Ely from West Virginia was diagnosed last year with Duchenne Muscular Dystrophy which has positioned him in a wheelchair full time. As Matthan grows and his Muscular Dystrophy progresses, his tendons painfully tighten, requiring a serious regimen of therapeutic stretching multiple times a day. Meeting Tim was a source of encouragement he had long looked forward to! 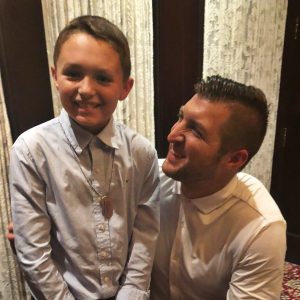 Over a year ago, Tim received a letter from 10-year old Levi Veirs that immediately captured the hearts of the TTF team!

“I remember you said to be kind to everyone because you never know what they might be going through… I’ve been going through rough times. You’re the person I feel good to talk about my surgeries with because you’re the best football player I know. I wanted to talk to you about this because you love God and depend on Him,” Levi wrote in his letter. 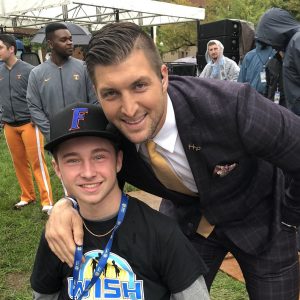 On July 8, 2018 Joey Johnston sustained a broken neck and a severe spinal cord injury that left him paralyzed from the waist down. As a teenager who loves sports, being outdoors and being active in general, this injury was a true test of his faith. Joey underwent spinal surgery, but remains paralyzed at this time, though his family still maintains a hopeful outlook. 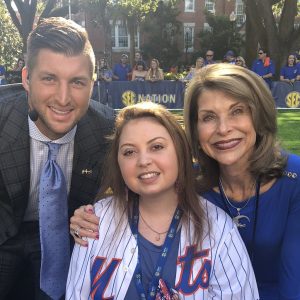 “Mariel was an active, healthy, fun-loving college sophomore at her dream school—the University of Florida—when she became sick and was hospitalized two weeks last fall. She came home to recover and began chemo [to treat a rare blood disorder]. In January, she suffered from 4 strokes—three in her brain and one in her spine and has been a paraplegic ever since. Her Phi Mu sorority sisters have been so supportive and encouraging. She dreams of returning to UF!” —Jill White, Mariel’s Mom 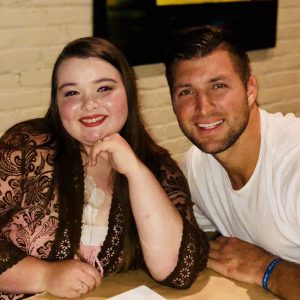 From the age of two, Haylee Baker danced. She loved all types, but had a special place in her heart for ballet. She danced until the age of 14 when she began to experience episodes of sickness, weight gain, loss of consciousness, and other physiological and physical disturbances that forced her to stop dancing. These episodes were thought to be an array of ‘mental disorders,’ until she began experiencing anaphylaxis/anaphylactic shock at age 15. It was discovered that Haylee had a rare and very serious form of mast cell disease. Through it all, Haylee has persevered and kept her eyes on the Lord and the purpose He has for her life, which she believes to be encouraging and helping others going through similar difficult experiences! 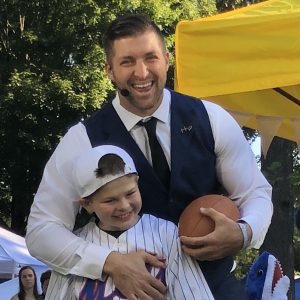 In December of 2014, at the age of 7, Bradley Hocking was diagnosed with Chronic Recurring Multifocal Osteomyelitis, a rare bone disease that affects just 1 in 6 million boys and for which there is no cure. This disease causes extreme pain that results in Bradley having to use a wheel chair more than 50% of the time. Even though Bradley has to endure regular MRI’s, scans, biopsies, daily medications, treatments and hospital visits, he finds solitude in the joy found in the Lord and the special plan that God has for his life.